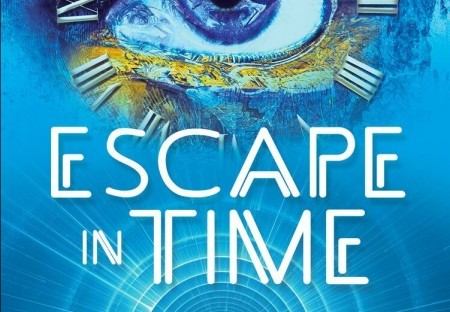 “People sleep peacably in their beds at night only because rough men stand ready to do violence on their behalf.” George Orwell

Right now, it seems that the rough men are doing violence on behalf of the wrong people. I’ve been asked to write four hundred words on the importance of safe places for LGBTQ people. I have immense trouble telling a story succinctly, so this is quite an ask. The marvellous authors that have already gone before me have eloquently delved into the political ramifications of what’s currently being perpetrated against us as a community so I’m not going to reiterate their arguments (again, impossible for me to do so in four hundred words, but catch me this weekend, and we can go to town on these issues).

As an avid reader, my safe space has often been between the soft yet crisp, wonderfully-scented pages of the beautiful works of art we know as books. I have always taken enormous pleasure in appreciating the wonder that is a physical book, but they are so much more than their cleverly-designed cover or smooth black on white pages. Its importance can transcend anything the author ever envisaged when they put pen to paper or fingers to keyboard. The characters can come alive and take on their own direction in unimaginable ways, becoming of utmost importance to their readers—becoming role models. Characters become people whom we seek to emulate.

I’ve always wanted to be the archetypal hero, the rescuer of the damsel in distress, and the rough, rugged conqueror of all things evil who gets the girl. In my youth, those things were the reserve of boys and men. Indeed, it wasn’t until my twenties when I discovered the darkly dreaming world of LesFic, where our hero was the rough and ready female detective, and it was the dangerously sexy female bounty hunter who got the girl. I was in hog heaven. The manuscript I’d been working on since I was seventeen suddenly didn’t seem so aimless. Could I be a LesFic author one day? The answer was yes, though it would take two decades to finally sign on the dotted line of the elusive and much sought after traditional publishing contract (and a completely different manuscript).

My safe space today is very much the same as it was when I was a little baby-dyke. I love to read about Furies, billionaire scientists, and Death as a surfer chick (all of which are conveniently available in my lady’s Afterlife Inc trilogy (Brey Willows). Not only that, but I now get to create the sexy heroes and their worlds too. I’m lucky enough that the biggest LGBTQ publisher on the planet contracts me to inhabit those arenas for months on end and invent escapist safe spaces for other LGBTQ people. And then, better yet, Bold Strokes Books organise this fabulous weekend for authors and readers alike to connect in real time in a way so much more fulfilling than social media (from both sides of the stage); to discuss their favourite characters, books, and how they were written; and most of all to celebrate and be safe amongst the different.

I’m looking forward to enjoying a safe space I could never have envisioned in my youth, and I can’t bloody wait to meet you all!

Robyn Nyx will be at the Bold Strokes Book Festival in Nottingham, and will be reading from her latest novel, Escape in Time.

View all posts by Admin

2 thoughts on “Rescuing the Damsel by Robyn Nyx”