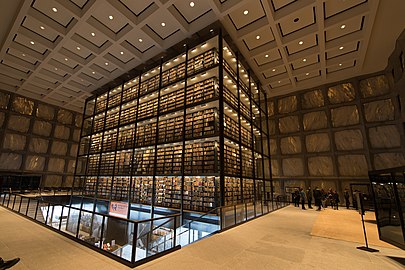 Several summers ago, I was in New England, attending a literary conference, and then doing readings up and down the East Coast for my newest book. Since my rented car would take me right past New Haven, I decided to stop into the Beinecke Rare Book and Manuscript Library at Yale University to look at my papers.

At my age, one begins thinking about collecting what writing one has carelessly left lying around for decades: at summer cottages, in notebooks, presented to old boyfriends, in flash drives left at hotels and b and bs, floating here and there all over the world. I know there are stories, reviews, essays, and poems, out there somewhere that I could use.

I thought maybe someday someone would say, Hey Felice, what about a Collected Poetry? I’d only published two books of poems, The Deformity Lover, and Window Elegies, a chapbook. (And since that visit, another slim volume, Songs & Poems.) Another hundred had appeared in print, the last two written being “His Diagnosis” about my friend, Robert Ferro, and a rewrite of “My Mother’s Life.” Both of them were long dead, and after poetry seemed no longer viable to me. But there were earlier poems, many of them, and many I’d left unfinished, hanging, unsolved. I knew where they were: they were inside beat-up, spiral notebooks with chartreuse covers, and those notebooks were in cartons in the basement of a building at Yale University.

Just to clarify, I didn’t go to Yale; my papers went there. I was barely sixteen when I graduated high school. My folks made it clear I wasn’t going away anywhere and in fact that I was staying home and working for my father. Unknown to them, my college counselor had gotten me applied me to The City University of New York, and I’d gotten past the rigorous requirements and into Queens College, a public and mostly free school; I’d even gotten a small scholarship for books and student expenses. So without telling anyone, I found a roommate and I moved myself into Manhattan’s Alphabet City among immigrants and cockroaches, junkies and thieves, and I went to Queens College taking two trains and a bus each way.

So that’s where the first half twenty years of my papers ended up. I’ve been keeping a journal and writing since 1968. I was also an early publisher (1977-1995) of gay and lesbian writers from the U.S., Canada and (in translation) from France, and I’m the only living partner of The Gay Presses of New York (1981-1993). I recently donated all of my SeaHorse Press and all of the Gay Presses of New York archives to the Fales Collection at the Bobst Library at New York University. I’ve been approached about the second half of my personal papers but I’m undecided where they ought to go, probably because I’m still writing every day.

Before I showed up at Yale that late morning, I emailed and called, confirming them I was coming. It was August, in the mid 90’s, so I arrived wearing my usual summer outfit: shorts, running shoes and a T-shirt. I was checked into the Beinecke Rare Books Library and I was scanned for metal, electronics, cameras, and spy ware. My possessions were stowed in a locker. I was given a pencil and foolscap pad. I thought: wow!: these people are serious!

I dropped into a large sunlight-filled reading room. At the call desk, a woman my age in a drab dress with her hair in a Mrs. Danvers bun made me fill in a call slip and then told me I had to do it again. “I need two names,” she said, sniffily.

“There are two names. Felice and Picano.”

“No. I need a name for the author and your name?” she said.

I could see her internal computer whirring. She looked at me and at the call slip, then she looked at me again. Her internal computer told her that anyone dressed in shorts, running shoes and a T-shirt could not possibly be a great, important, august presence like those great, important, august, presences over whose care she labored daily and devoted her life to. She mumbled: “I’m certain there are no papers here by that person.”

“You mean you’ve lost the eleven cardboard boxes of stuff you guys picked up at my house five years ago?” I asked.

But by then her internal computer was totally kaput: she simply walked away.

People began lining up behind me asking what was the hold-up?

“They’ve lost all my papers,” I said, not believing it possible.

A younger woman eventually showed up pushing an official cart and asked what name I was looking for.

They weren’t yet alphabetized but they were more or less chronologically sorted, so I asked for the earliest carton and one middle year carton. They arrived at length and I took them to a desk.

Scholars sat all around me literally wearing tweed jackets with leather patches. And those were the women! No wonder the call desk lady had vanished rather than deal with me. As a collected author at Yale, I should have looked like them. Better yet, I should have been dead — for a long, long time.

I found the poems. I very much wanted to but I couldn’t correct them because I only had a stubby, hard, #7 or so grade lead pencil they’d offered as I’d come in. So, I had the nice young lady photocopy and mail them to me in L.A.  As I’d thought, about a dozen were salvageable with a word or half line changed here or there. Decades later, I could easily see how to fix poems I’d written a dozen times or more in earlier days and then simply abandoned.

As I sat there recalling how and when I’d written those poems, I looked around and thought: that woman scholar over there might be preparing a paper about “the dialectal reification of the masculine principle in Hawthorne’s middle period.” While that fellow might just as well be contemplating how to satisfy “the hermeneutics of the hetero non-normative in late Sherwood Anderson stories.”

Could any of them, any of them, think what it was like in 1965, as I looked out the grimy back yard window of my $103.00 dollar a month, under-heated, Greenwich Village flat and wrote the poem I was holding in my hands? Could any of them ever imagine what it was like in 1983, when I’d stumbled home from yet another funeral for a dead friend, watched and listened to a heedless robin go mad with birdsong, and then penned this other poem? Could any one in that room comprehend what it was like to have written a totally unexpected, a totally unprecedented short story in 1963, with utter satisfaction, even knowing that no one would publish it, and probably no one would even read it because of its gay subject matter? Could anyone there guess what it was like finishing another gay story in 1979 and polishing it to perfection so I could present it, nervously, expectant, my first prose reading ever to my peers: Edmund White and Chris Cox sitting together on the love seat, with Robert Ferro and Michael Grumley stretched out on the Biedermeier sofa I’d had reupholstered and nicknamed “Carlotta?” With Andrew Holleran on the floor all but hidden behind it, and George Whitmore closest to me, expectant, all of them waiting to be amused, to be moved and who knew what else, shocked? Outraged?

I doubt that any of those scholars could or would.

And quite possibly neither can any of you.

Except maybe Edmund and Andrew, who alone of the six others are still with us. . . .If they can remember that far back.

That’s what I concluded — visiting my papers at Yale.

View all posts by Admin